This Digital Marketing Certification Course is offered by our training partner, Onion Head Direct, in partnership with the American Institute for English Proficiency.  As the leader in English and communication skills training, the American Institute continues to provide access to various training programs, such as digital internet marketing, that will help our students and community at large improve their skills for their career development.

In a changing market, the traditional marketer or even a digital marketer can no longer rely on old or traditional methods to keep up with an ever growing competition.  To be able to stay relevant and profitable, companies prefer competent marketers with diverse skills in internet marketing, research, sales, editing, copywriting, analytics, and creative direction.  Unfortunately, experience isn’t always enough because of the dynamic nature of the internet, the world wide web, and digital media.

Specialized training has become a must to keep your digital internet marketing skills on the cutting edge.

The program will cover various aspects of modern digital marketing, and the focus topic is on crowdfunding, which is the practice of funding a project (products and services) or a venture (company) by raising funds (usually small amounts of money) from people, usually through the internet. 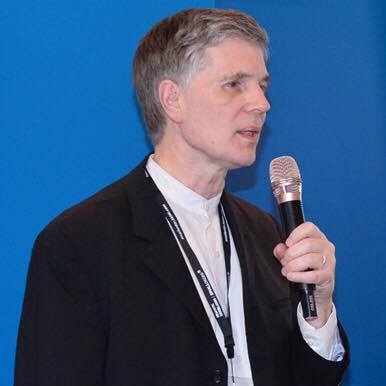 Don Baker is the founder of Onion Head Direct, a sales and marketing corporation specializing in digital marketing, with a niche in crowdfunding.  Here are some of his accomplishments:

Don Baker has helped numerous companies successfully grow revenue streams by expanding their product line and base of operations. His current focus is centered in the crowd funding area, where he is launching a company aimed at acquiring and distributing innovative items such as new gadgets, devices, and technology related products. After raising money on crowd funding, these products will then be introduced to the American market through TV commercials, on-line shopping and Retail stores.

Currently Mr. Baker consults for several companies where his duties include product development and implementation of marketing strategies to increase revenue. His current consulting assignments have taken him recently to China, Thailand, and the Philippines to source product and to develop international business relations.

During his career, he has orchestrated several of the most profitable and largest Direct Response hits in recent television history, including the legendary Jerry Springer Too Hot For TV Videos, The Colorized American Eagle Silver Dollar, and The Colorized State Quarters with Map Displays. As head of several innovative and entrepreneurial Direct Marketing companies, Mr. Baker has employed numerous direct marketing channels to build business.

At one of these companies, a collectible coin enterprise, Mr. Baker successfully implemented DRTV, direct mail, internet marketing and outbound telemarketing to increase company revenues from a steady $20 million annually to a remarkable $150 million in less than 2 years while building a data base of 2.6 million customers.

Prior to that, Mr. Baker managed the mega- hit Jerry Springer Too Hot Campaign which generated not only a staggering $67 million in sales, but helped turn Jerry Springer into a household celebrity by raising his ratings from 3 to 8 million nightly viewers in less than five months. This increase in ratings is testimony to the incredible power of DRTV commercials in building brand recognition while selling goods directly to the consumer.

Mr. Baker’s product sales have grossed more than 900 million USD through all forms of distribution.

With a Journalism degree from University of Oregon, Mr. Baker has used his writing skills for several newspapers and TV scripts, which have been produced for the Fox TV show Wake Rattle and Roll. He has worked for the long running TV show COPS on two different occasions as Vice President of Direct Marketing. His first novel, a Beatles inspired mystery called HEY JUDE will be published in April by Odyssey Books. 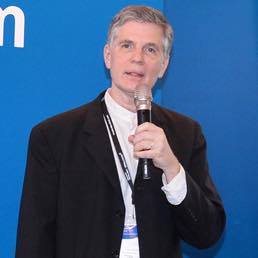 Why You Should Join this Course

In a highly competitive world, companies are turning to digital marketing consultants and agencies to improve their sales volume, which can be very expensive.  Therefore, it is essential that companies train their sales and marketing team to increase productivity while avoiding costs and expenses.  In this course, you will learn extensive skill sets in digital marketing that will help you to find new and creative ways to boost your company’s sales and profits, which leads to promotions and higher compensation.

NOTE: This is not a one-day workshop.  It is an intensive four-month long practicum where you will be going through an apprenticeship.  After the live classroom sessions, Mr. Don Baker will be conducting successive training online via Skype as he will be returning to the US on February 1st.  The schedule online will either be Tuesday/Thursday or Monday/Wednesday/Friday (6pm-8pm).

Furthermore, Mr. Baker will have his senior digital marketing consultants from Onion Head Direct, Philippines conduct some parts of the training or provide mentorship to track progress which will be conducted in the classroom or via Skype.

NOTE: Successful completion of course by completing all assignments and attending 90% of the sessions on Skype will entitle you to your choice of tuition rebate of Php 5,000 or Php 10,000 worth of English proficiency classes with The American Institute.  Your total cost including tuition fee, admin fee, taxes, and material is only Php 4,995, our special introductory rate.

This investment is indeed a steal considering the benefits: 1) international trainer with corporate and entrepreneurial success, 2) intensive apprenticeship and practicum instead of lecture and theory, 3) extended program instead of one-day theoretical workshop, 4) integrated learning experience via classroom and online, and 5) small class size to maximize learning.

Please send an email to inquiry@aiepro.org with the following information:

WHY YOU WANT TO BE IN THE COURSE: (This information will help us decide who will be part of the class if there are more than 15 interested individuals.)