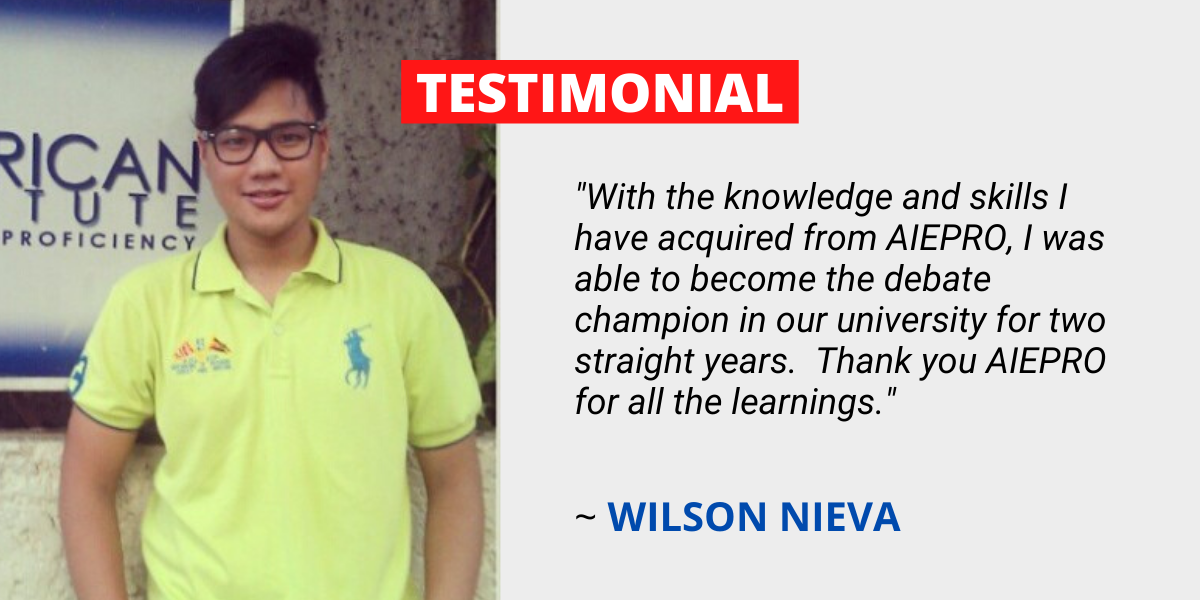 Having been a student in The American Institute was a transforming experience. I gained confidence, developed critical thinking and became a proficient speaker who can adapt to different situations. AIEPRO taught me a lot of essential things that I was able to utilize when I went back to college.  Reporting in front of the class is never a problem to me anymore, and answering essay-type examinations became very easy.  With the knowledge and skills I have acquired from AIEPRO, I was able to become the debate champion in our university for two straight years. 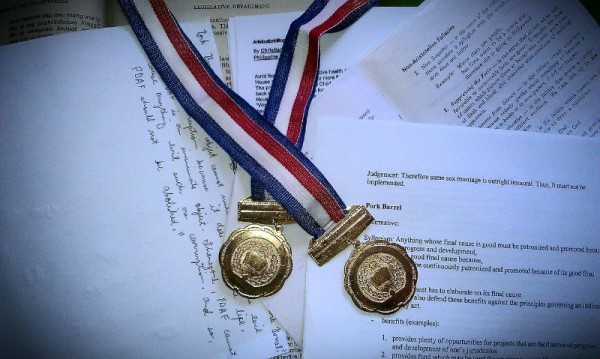 What makes AIEPRO different from other English schools in the country is that they don’t just teach English inside the four corners of the classroom, they facilitate learning using a unique approach.  Unlike the traditional educational method in the country where the teachers are the ones who do the talking, AIEPRO let the students do most of the talking with their different effective modules and activities.

One of the best things about being an AIEPRO student is you don’t just learn English, you also develop lasting friendships.  Five years since I became a student, I am still in touch with many of my classmates and the Specialists of the institute.

Without the skills I have learned from AIEPRO, I won’t be able to become a champion debater in our university. Their modules on public speaking and critical thinking really helped me lead my team to victory in each debate rounds since I am always the prime minister and the team captain.  I was even awarded as the Best Speaker during my sophomore year.

I am thankful to AIEPRO because they geared me up with skills in communication. I was able to use those skills when I became a resource speaker in two debate seminars in our province. I am very certain that I am not the only student who was transformed by The American Institute; every student past or present surely has transforming stories to tell.

WHY I LOVE TEACHING FILIPINOS