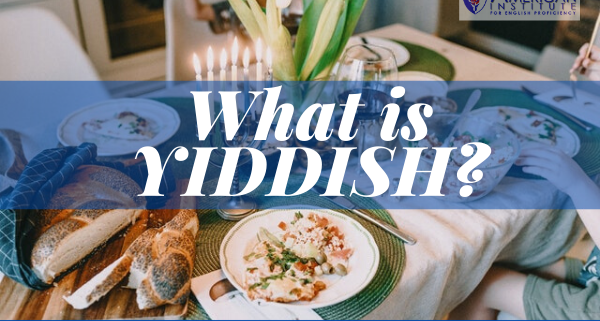 The English language commonly adopts a lot of vocabulary from other languages. The U.S.A. is a country made of immigrants from all over the earth. Consequently, many terms from the variety of languages of these one-time newcomers have been borrowed into American usage. One of these tongues is Yiddish.

Yiddish is a Germanic language (which means that it is related to the same language family as German). But it actually comes from the Jews of Central and Eastern Europe. In the early decades of the 1900s, many Jews settled in the United States to escape persecution in countries like Russia. Many of them decided to permanently make their livings in New York City. These immigrants brought a rich collection of Yiddish words that Americans of all ethnicities and religions use today.

For starters, there is the word kosher. Kosher is similar to halal for Muslims in that it means that only a certain food can be eaten by Jews (who, also like Muslims, do not eat pork, along with plenty of other dietary prohibitions). But in today’s American English, kosher can simply mean that something is permissible, such as, “Is it kosher if I use your pen?”

Another fun Yiddish word is chutzpah (the ch is pronounced not like the sound in “church”, but like a strong, throaty h like in the German name Bach). Chutzpah can perhaps be described as the most brazen audacity. There’s a Jewish joke that captures the word perfectly: “Once upon a time, a demented son murdered his mother and father. When he was arrested and then tried in court for his crime, he asked the judge to be lenient on him out of pity for the fact that he just recently became an orphan. That’s chutzpah!”

Lastly is the word schtick, which refers to something someone is skilled at or known for doing, especially as an entertainer.  It can be used as a synonym for “gimmick”, such as, “Telling foreigners about the funny quirks of Filipino culture is Mikey Bustos’ schtick.”

Try using these Yiddish words with some Americans you might know or meet! And if you want to learn more colloquial American English, enroll at the American Institute for English Proficiency in Makati and Quezon City, Philippines!