Blog
You are here: Home / Blog / Uncategorized / An INSPIRING Student That You Should Be ASPIRING to Be Like: Marlou Ru...

At the American Institute for English Proficiency, we have had thousands of students come and go.  A lot of them have gone on to better themselves as a result of their studies at AIEP.  Some have been able to get a visa to work or study abroad.  Others have learned enough English to score a well-off romantic partner in a foreign country.  And still others have improved their English to the point where they can hold down an English speaking job.

In fact, when discussing that latter achievement, one student in particular comes to mind: A Filipino named Marlou Ruiz. 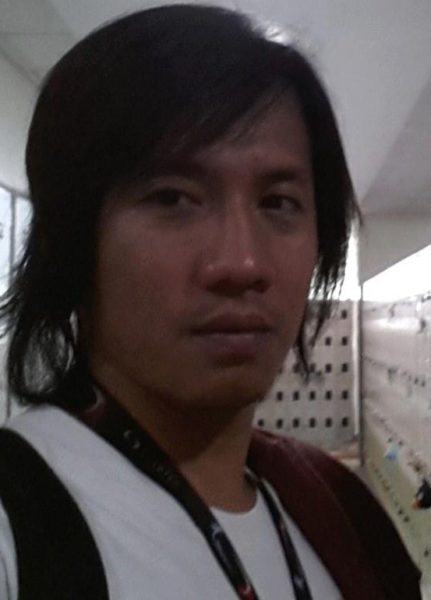 Marlou came to AIEP in 2015.  I remember on his first days, his English was only somewhat intelligible.  When he spoke in class, he was usually quite nervous and had great difficulty expressing himself.  A single sentence could sometimes take minutes to be communicated.  It would be riddled with fillers and revisions.  His grammar and syntax were often all over the place.   If I may put things rather frankly: Marlou’s English was a complete mess!

However, by enrolling in courses to improve his English, Marlou had already taken the first step to getting on the track to English proficiency.  As his classes went on, Marlou started to become more familiar with an English-speaking environment, and he seemed quite determined to resist any temptations to remain shy.  He often did not sit idly by when the opportunity to volunteer in class came up.  He was firmly determined to learn how to swim just by plunging into the water and figuring it out.  Gradually yet steadily, his English started to improve considerably.

Yet Marlou’s progress during class time is only one part of the story.  I often tell my students that becoming proficient in English is not something that you can simply achieve through “osmosis”.  This means that you cannot just hope to gain the English skills necessary to succeed in life just by coming to class at AIEP for two to four hours a day and listening and speaking to students and teachers.  Obtaining English proficiency also means that you must be willing to put in a lot of your own time outside of class, too.  You must take every chance to practice reading, writing, listening, and speaking in English as much as you can.

This is one of the big secrets to Marlou’s success.  Although he did not usually attend classes at AIEP until late in the afternoon, he would come to Makati early each morning and spend time at the park, or in convenience stores and coffee shops, sitting and studying English.  He was really a very proactive English student.

His hard eventually paid off.  After several months of classes at AIEP, Marlou was eventually able to get a job at one of the top call centers in Makati!

This story about Marlou is a great example how if you are willing to put in a lot of hard work, you can achieve the skills and the knowhow that you need!