Blog
You are here: Home1 / Blog2 / Blog3 / WHAT EVERY PARENT MUST KNOW FOR THEIR CHILDREN’S FUTURE 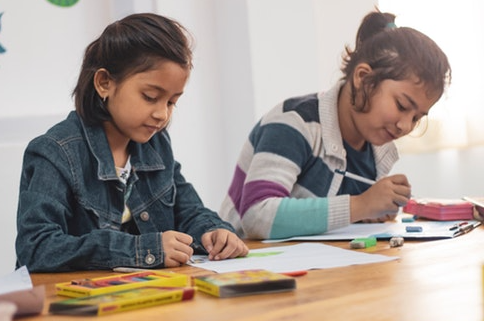 WHAT IF I TOLD YOU…

What if I told you that you could change your child’s life forever in just one summer? What if all it took was one small decision?  Before you think this is too unbelievable, hear me out.

Parents — even older brothers or sisters who are breadwinners — often miss out on one small decision in their children’s life.

They do everything for their family, even to the point of selling everything they have just to make sure that a child graduates from college. The child finally has a college degree all these years, only to find out there is only disappointment…

Why — after all the money parents have spent through the long years — the child still cannot sufficiently help and provide for the family? Isn’t a college education enough? With all the decisions they made, was there something else missing?  To have a child graduate from college is such a great achievement for the family. But what happens after that is the real measure of achievement. What if the child we are so proud of with a college degree earns only just above minimum wage?

To answer these questions, it is important to backtrack. Parents simply missed one small decision that could have changed the outcome of their child’s future.  If the parents had made the decision early on, their child would have become more prepared to deal with the difficulties of the real world, a world full of opportunities, but also a world full of competition.

And with thousands and thousands of graduates each year, the sad reality is that there aren’t enough good jobs for everyone.  And the few good jobs that are available? Well, they will be given to those who are “more deserving.”

Parents simply missed one small decision that could have made their children become more ready to face employers. Employers don’t simply look for someone with a college degree; they want capable employees who will help take their companies to the next level. But isn’t my child capable as a graduate?

Unfortunately, no. Sometimes, a degree is simply not enough.

There is more to getting a good job with a good salary than just a college degree. Regrettably, parents simply missed one small decision that could have catapulted their child to the top of the list…

And that decision is…

Giving your child the opportunity to dramatically improve his communication skills as well as his English.

In the Philippines, if you are not from the “Big Four Universities,” as they say, chances are, you do not get a job easily and a good paying one at that. Even worse, you would still need to compete against hundreds of thousands of recent graduates from countless other schools for what is left.

COLLEGE GRADUATES DO NOT GET JOBS

According to the People Management Association of the Philippines (PMAP), a whopping 40% of college graduates to do not get jobs because three key competencies: critical thinking, initiative, and communication skills.  So what does this mean? It means that hiring managers and employers go beyond just college degrees and the school your child graduated from.

Actually, this is the one thing that ALL parents have always known, but have always refused to act on.

I’m glad you asked. There is a big difference between how our English classes are run at The American Institute. For one, since we specialize only in English, we have a staff that is truly dedicated in mastering their craft and helping the kids hone in on their English and communication skills.

Next, our Specialists were rigorously selected from hundreds of candidates, and we made sure that only the best were hired. Not only that, we continue to train our Specialists until they have become some of the best in Asia.

On top of that, we don’t just see the kids as our student or client. Each and every one of them are treated uniquely and specially so that no one ever gets left behind. We integrate all the kids for a holistic learning experience.

But don’t just take my word for it. Hear what some of the parents had to say about our program:

My daughter Khysnerr has learned so much in just one summer. ‚ AIEP brought out more of her confidence. ‚ I was impressed when your team was able to help her accomplish an impromptu speech for five minutes.  ~Jhana Ayo

Dianne has achieved so much in high school. She finished junior high school as valedictorian and won several contests in English in the division of Manila and first place in the spelling contest. Her training at AIEP played a lot in her development.  ~Bernadette de Guzman

So if you believe that your child deserves that head start, we are inviting you to enroll them in our CXY Program, communication excellence for kids.